SIX THINGS YOU NEED TO KNOW ABOUT SKIING AND SNOWBOARDING IN HAKUBA, JAPAN!

Hakuba is a ski area located around 300km west of Tokyo. It is home to nine resorts, including 135 lifts accessing over 200 runs. It also receives over 10 meters of snow per year, so if that doesn’t float your powder boards, we don’t know what will. Keep reading for our top tips on how to enjoy Hakuba to the max!

1. You can ski ‘real’ mountains

Hakuba is situated in the midst of the Northern Japan Alps, which are a palatial range of mountains that bisect the main island of Honshu. The highest peak in this range is Mount Hotaka, which sits at 3,190 meters above sea level. These mountains are, quite literally, awesome. Their sharp, soaring peaks are flanked by wide open faces, reminiscent of the Dolomites in Italy or the Canadian Rockies. In the heart of all this you’ll find nine different ski resorts, which offer a huge variety of terrain including runs steep enough to satisfy anyone suffering from vertical snobbery. 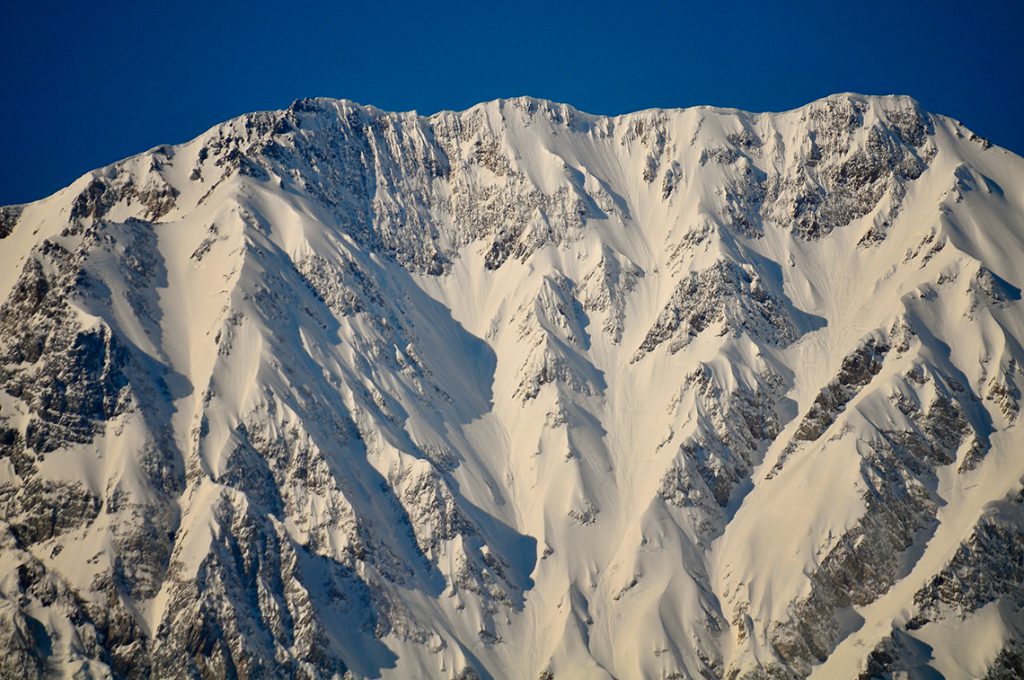 2. Matsumoto Castle is a National Treasure.

Matsumoto Castle is a living treasure. Built over 400 years ago, it is the oldest existing castle in Japan. Perhaps the most interesting thing about the castle, however, is that it’s haunted by a curse placed upon it by Tada Kasuke. Kasuke-san was arrested and executed during the late 17th century after he led an uprising against the local government, protesting against a rise in taxes. Before dying, he cursed the family who owned the castle, who then went on to experience 200 years of bad luck. The castle can easily be accessed by train from Hakuba Station, making a day trip to Matsumoto the perfect off-mountain adventure.

The Shinkansen or ‘bullet train’ is a shining example of Japanese engineering and efficiency. This network of high-speed trains link most of the major cities on the island of Honshu, traveling at speeds of around 300km/h. You can catch a Shinkansen from Tokyo Station to Nagano City, and then catch a bus to Hakuba. This if by far the most fun and easy way to get from Tokyo to the ski resorts.

4. You can explore the backcountry safely

The Hakuba Valley is renowned for its easy to reach side and backcountry skiing and snowboarding. However, just because it’s relatively simple to get to, doesn’t mean it shouldn’t be approached with caution. Avalanches are a real danger so it’s highly recommended that those who wish to venture beyond the resort’s boundaries do so only with an experienced guiding team. Rhythm Hakuba works closely with the crew at the Evergreen Outdoor Centre whose Director, Dave Enright, has been guiding and patrolling in the area for 15 years. Evergreen offers guided group tours for intermediate to expert skiers and snowboarders. Private and tailored tours are also available. Backcountry skis, and snowboards (including split boards) and safety gear can be rented from Rhythm Hakuba. 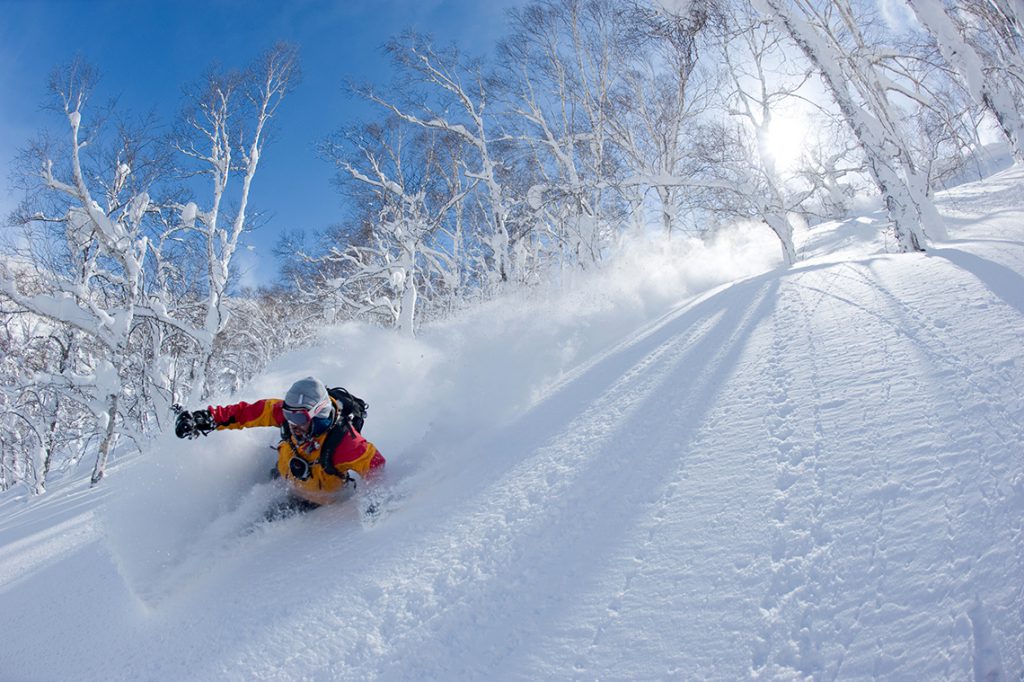 Rhythm Hakuba has the largest range of skis and snowboards available for rent in the area. The fleet is updated every year with the latest gear, with an emphasis placed on providing top quality powder equipment. This year, to name just a few, customers can experience the brand new K2 Marksman, an asymmetrical all mountain ski that has dominated the ski reviews and tests since its release. Also available this year is a range of high performance powder skis from DPS and Volkl’s highly decorated 90Eight all mountain ski. Snowboarders also have the pick of the crop to choose from like Kazu Kokobu Pro model from Capita along with the Burton Landlord splitboards. 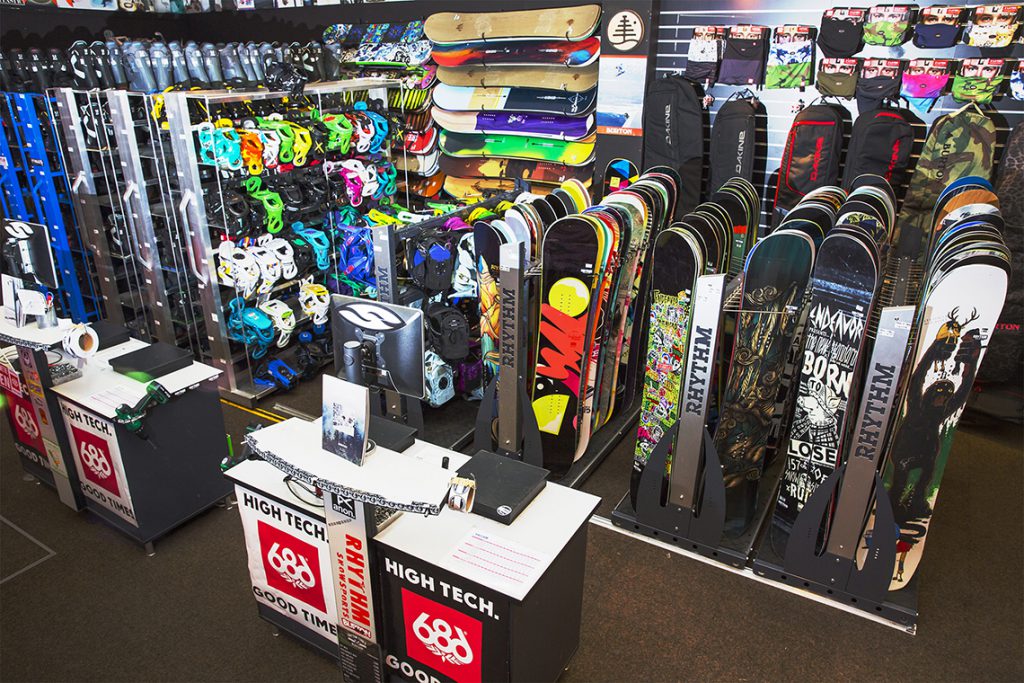 This is the Tateyama Kurobe Alpine Route. It is 37km in length and goes between Tateyama, Toyama and Omachi in Nagano Japan. Omachi is around 30 minutes from Hakuba Station. Due to the amount of snow the area receives, the route is closed from December to mid-April. In 2016 the snow corridor was opened to pedestrians who were allowed to walk between the giant walls, which measured 13 meters in height. The walls have been known to reach as high as 20 meters. Without a doubt the Tateyam Kurobe Alpine Route makes for fantastic viral photographs, but it’s an even better example of the kind of snowfall you can expect when visiting Hakuba, Japan. 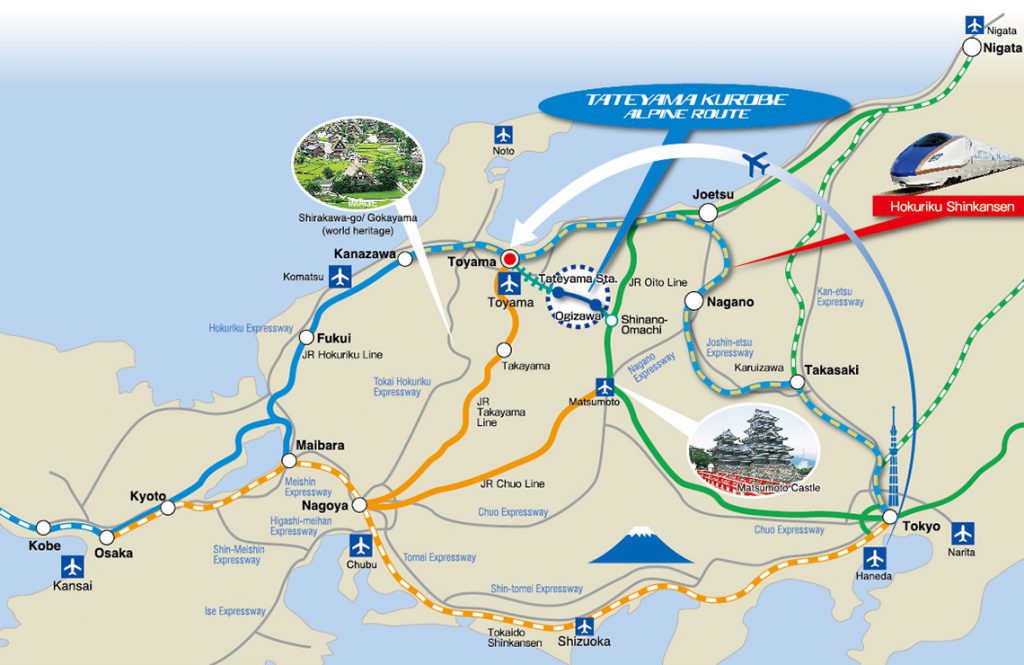 Hirafu Village Main St in Niseko When will the Japan border open for tourism? That has been the burning question…
Read More

Pep Fujas talks about ski company WNDR Alpine and the future of sustainable ski manufacturing.   Every year we get…
Read More

ROLL INTO THE SEASON WITH NEW RHYTHM PRODUCTS

It’s been a challenging couple of seasons, to say the least. Amongst all the madness brought on by the pandemic,…
Read More